A White House visit, continued assembly, deliveries and a renewed focus on understanding climate change. For 2021, PACE reached some major milestones as it prepares for launch in early 2024. Here are a few highlights from the Goddard-based mission. 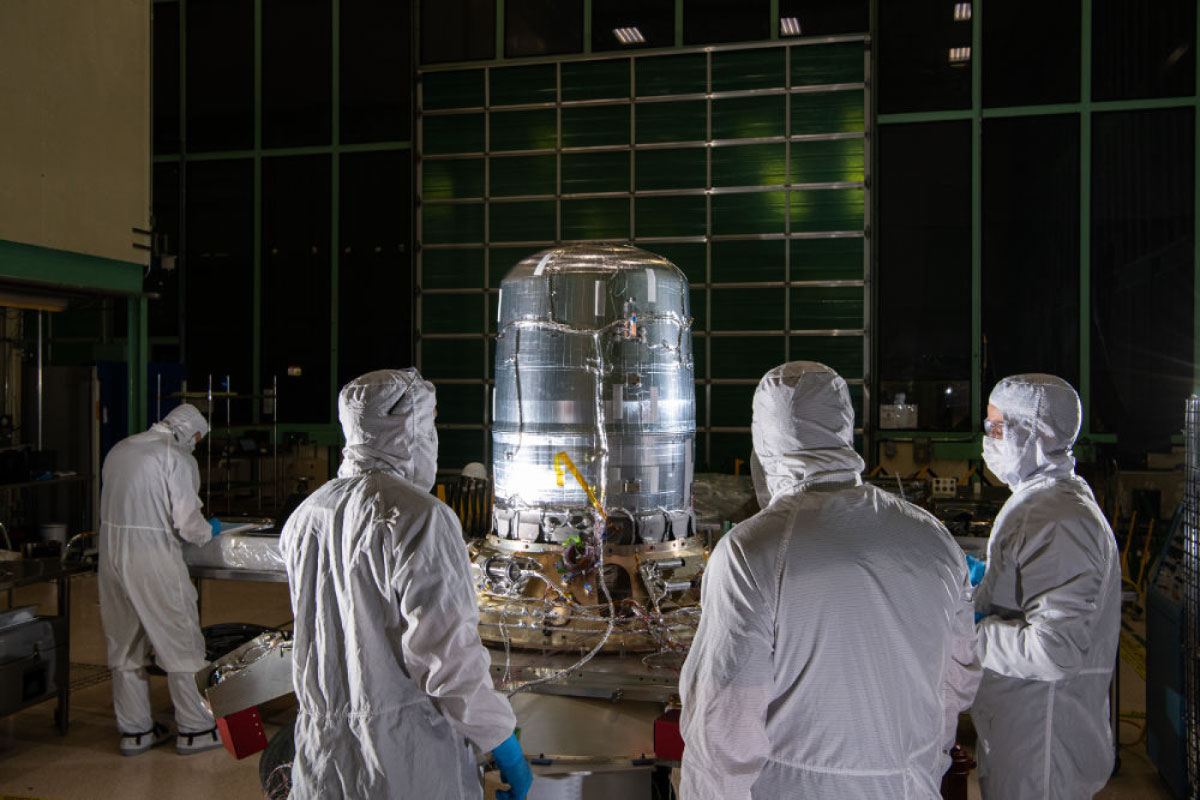 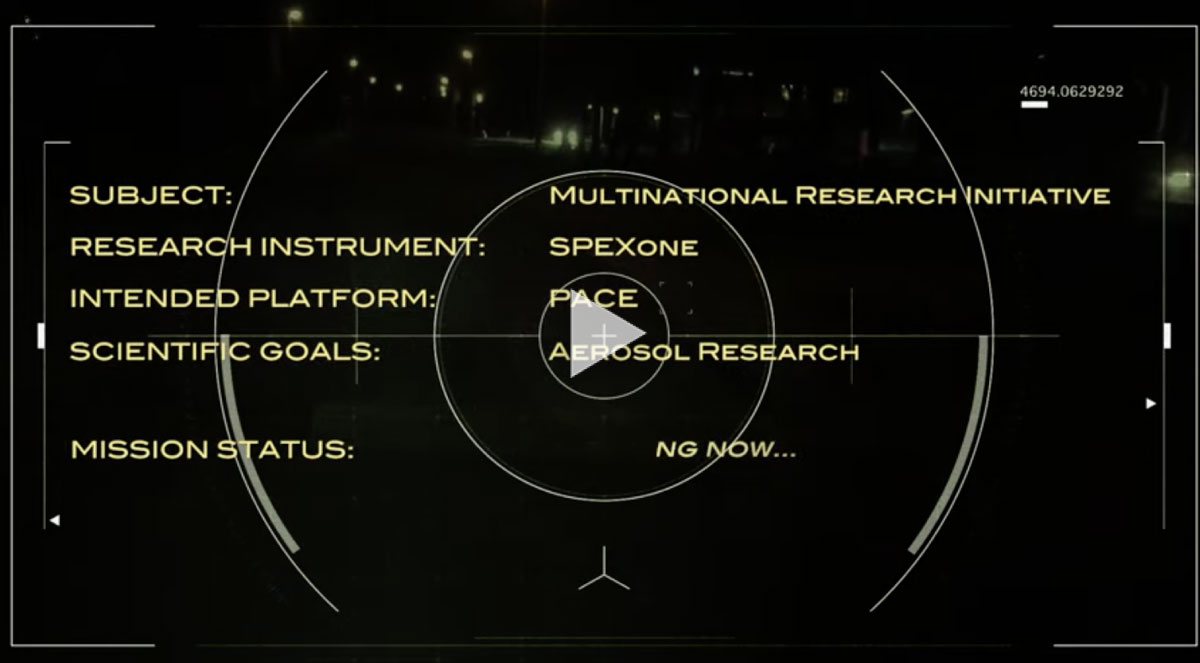 SPEXone is a polarimeter that will go onto the PACE spacecraft. Credit: NASA/Michael Starobin.
This past March, members of PACE, in coordination with its partners, successfully collected the SPEXone instrument as it landed at Dulles International Airport from the Netherlands. More here. 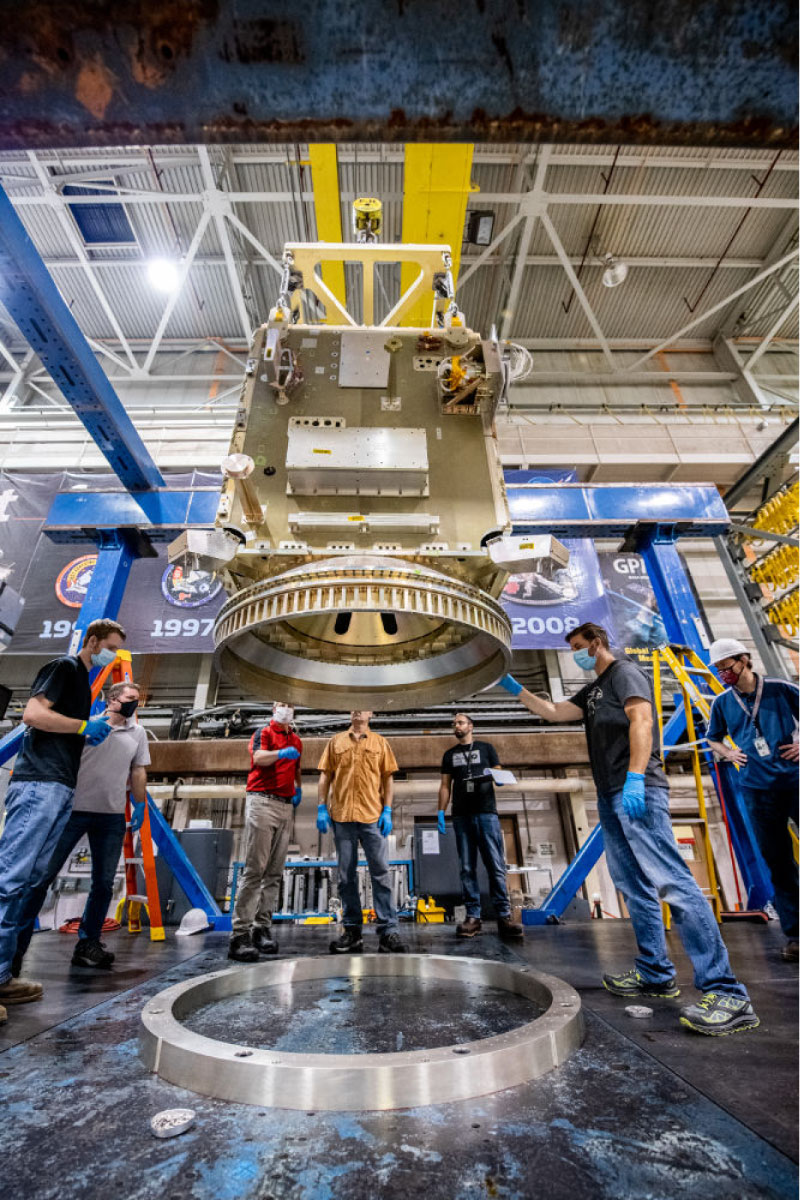 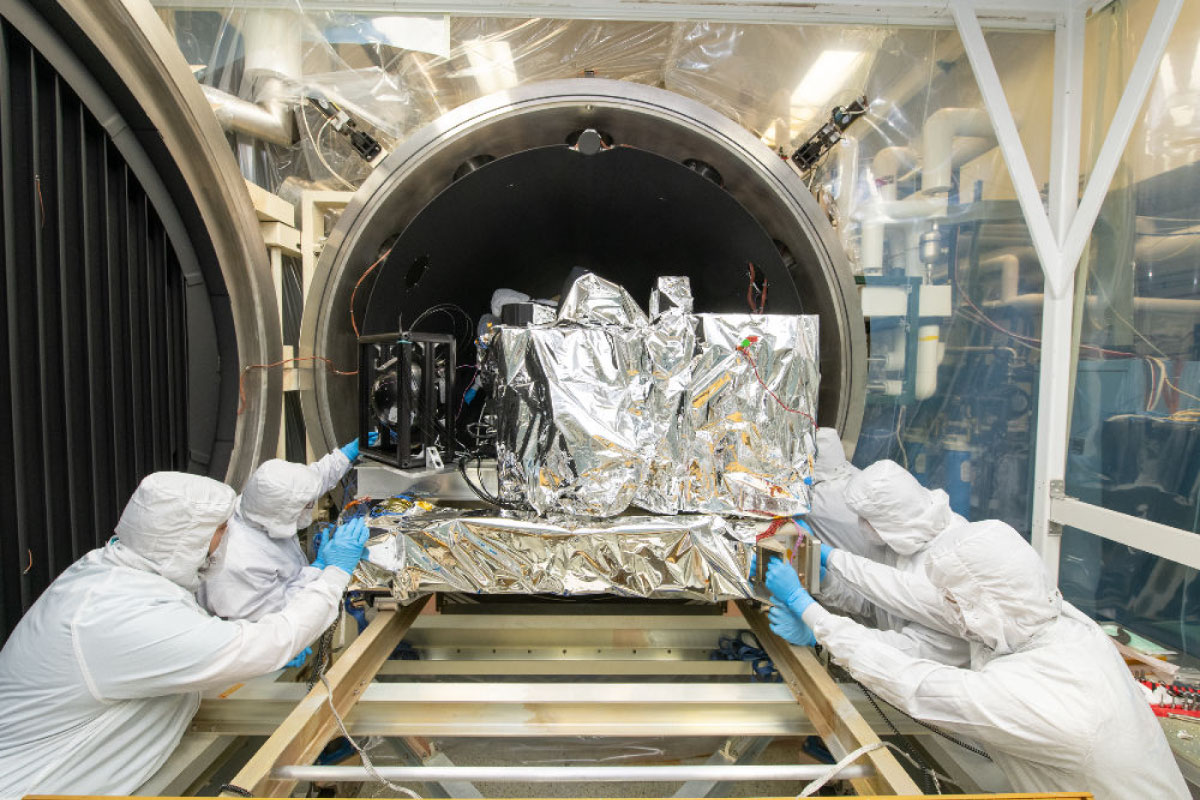 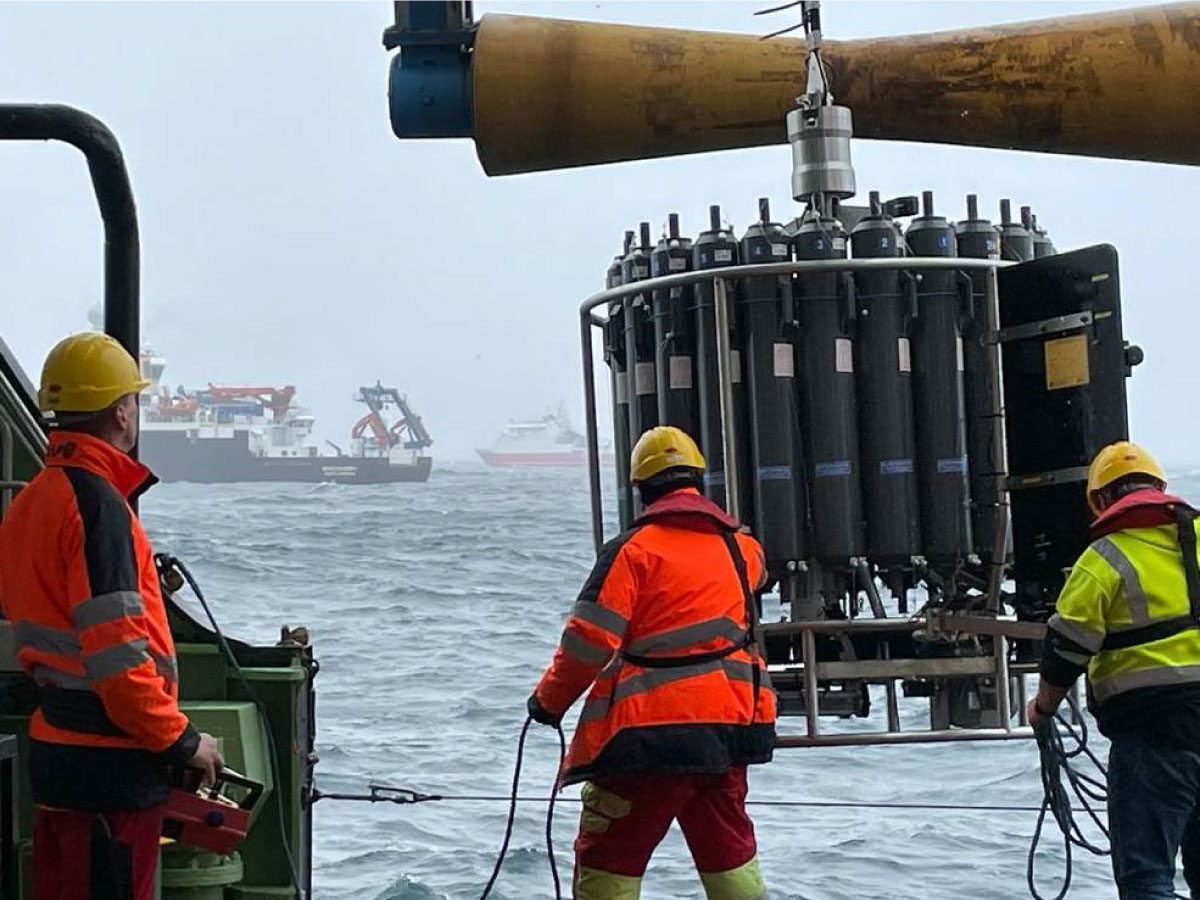 Scientists and crew aboard the RRS James Cook deploy a sampling rosette to collect water samples and other information from ocean depths. Credit: Deborah Steinberg.
A seaward journey, supported by both NASA and the National Science Foundation, set sail in the northern Atlantic in early May to study the Ocean Twilight Zone on the EXPORTS mission. More here.

PACE can be complicated. In 2021, we created a series of coloring interactives, storymaps and thematic resources to teach you how the mission will study the ocean. 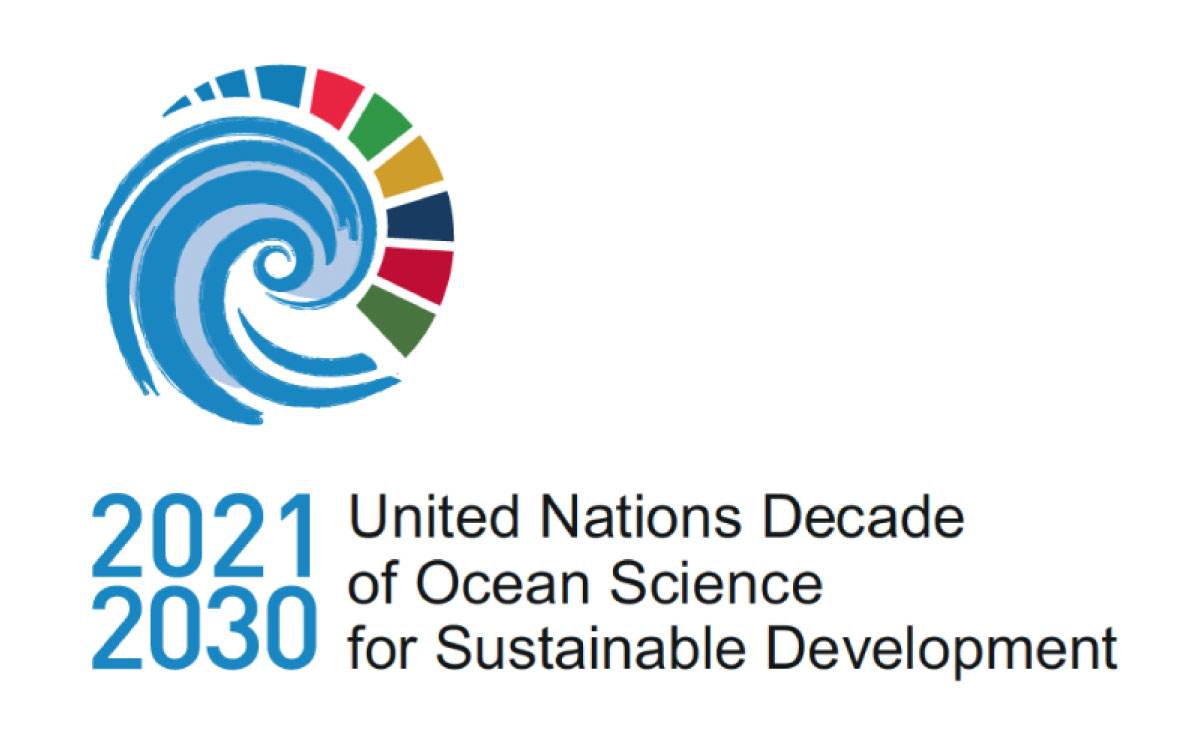 Credit: UNESCO's Intergovernmental Oceanographic Commission
UNESCO's Intergovernmental Oceanographic Commission announced the first Actions officially endorsed as part of the United Nations Decade of Ocean Science for Sustainable Development, 2021-2030 (the 'Ocean Decade'). PACE is one of over 60 programs that will develop and implement Decade Actions to meet the Ocean Decade Challenges More here. 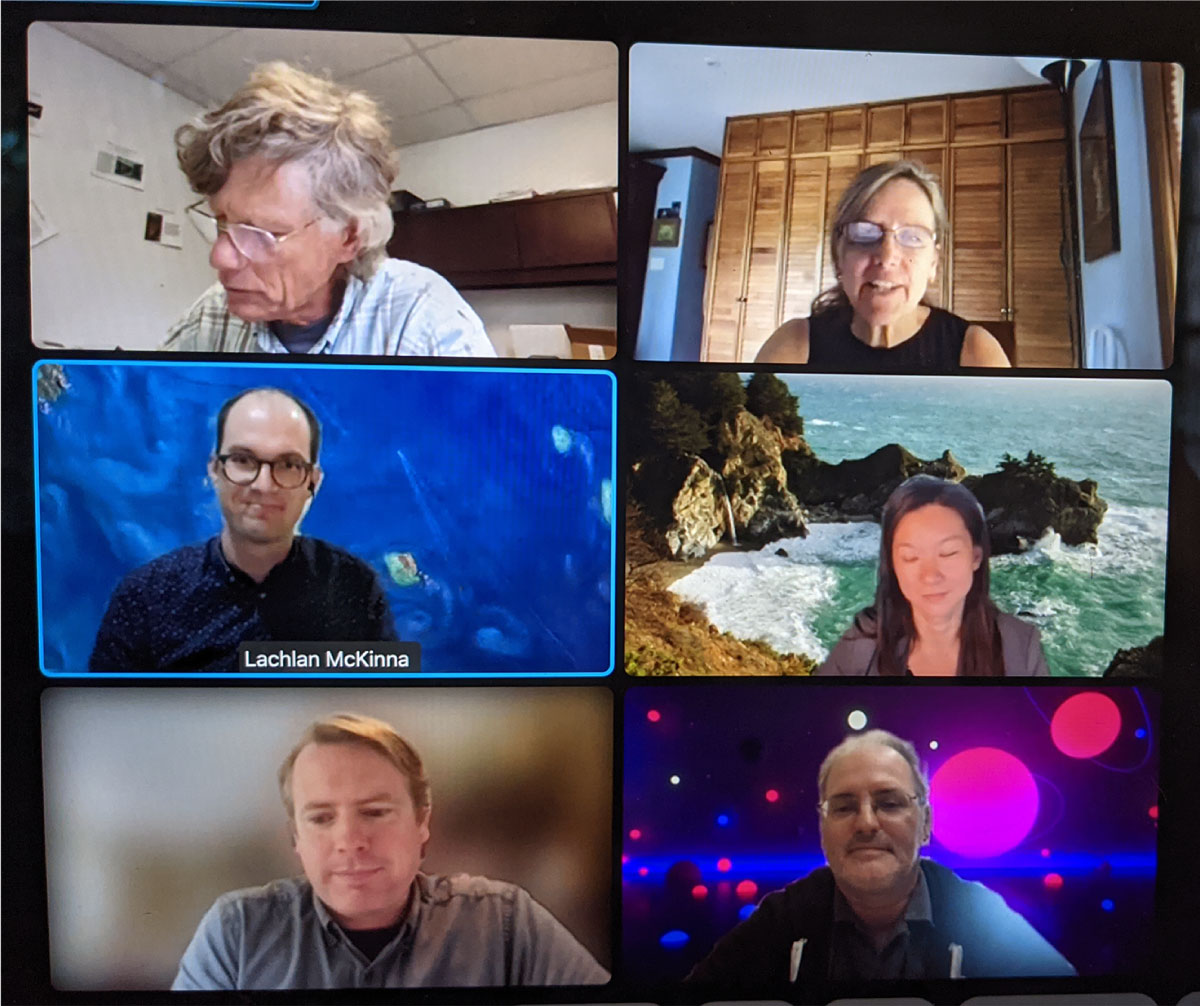 In September, PACE hosted a two-day virtual applications workshop inviting user communities and stakeholders to a discussion on practical uses of the mission's future data. The event had nearly 1,000 participants. More here. 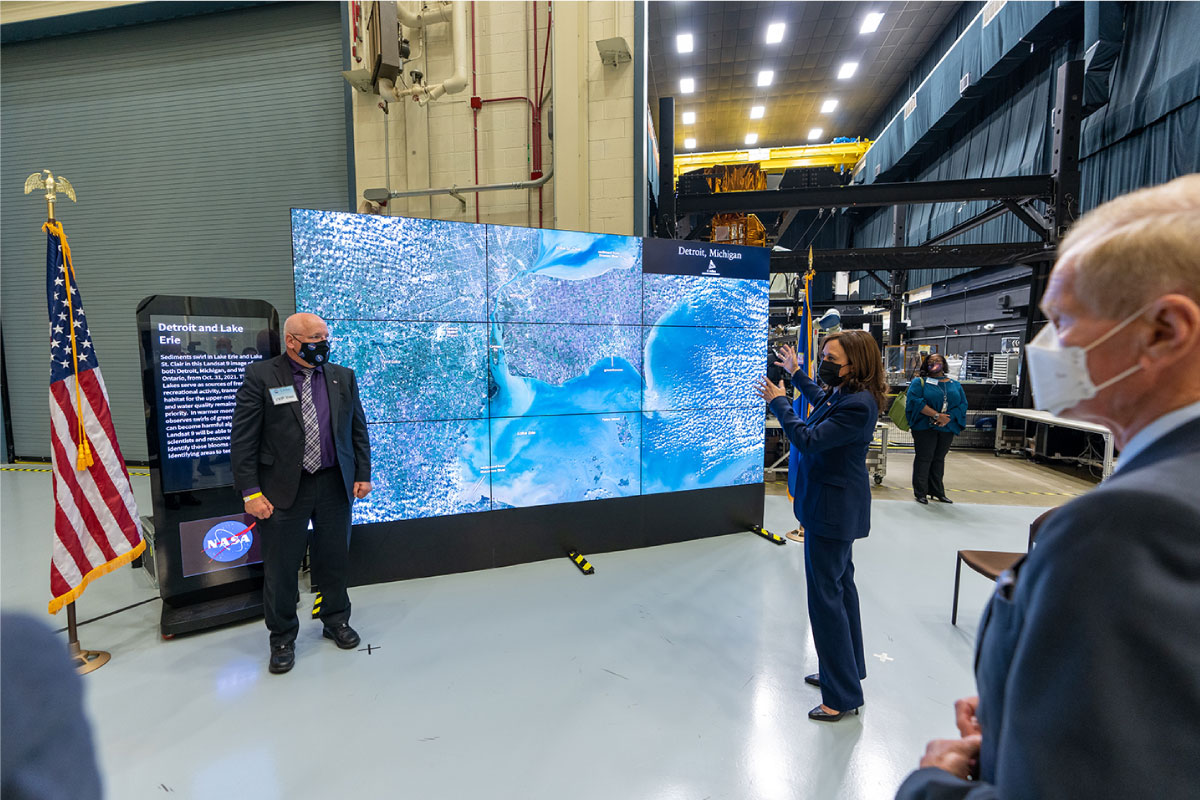 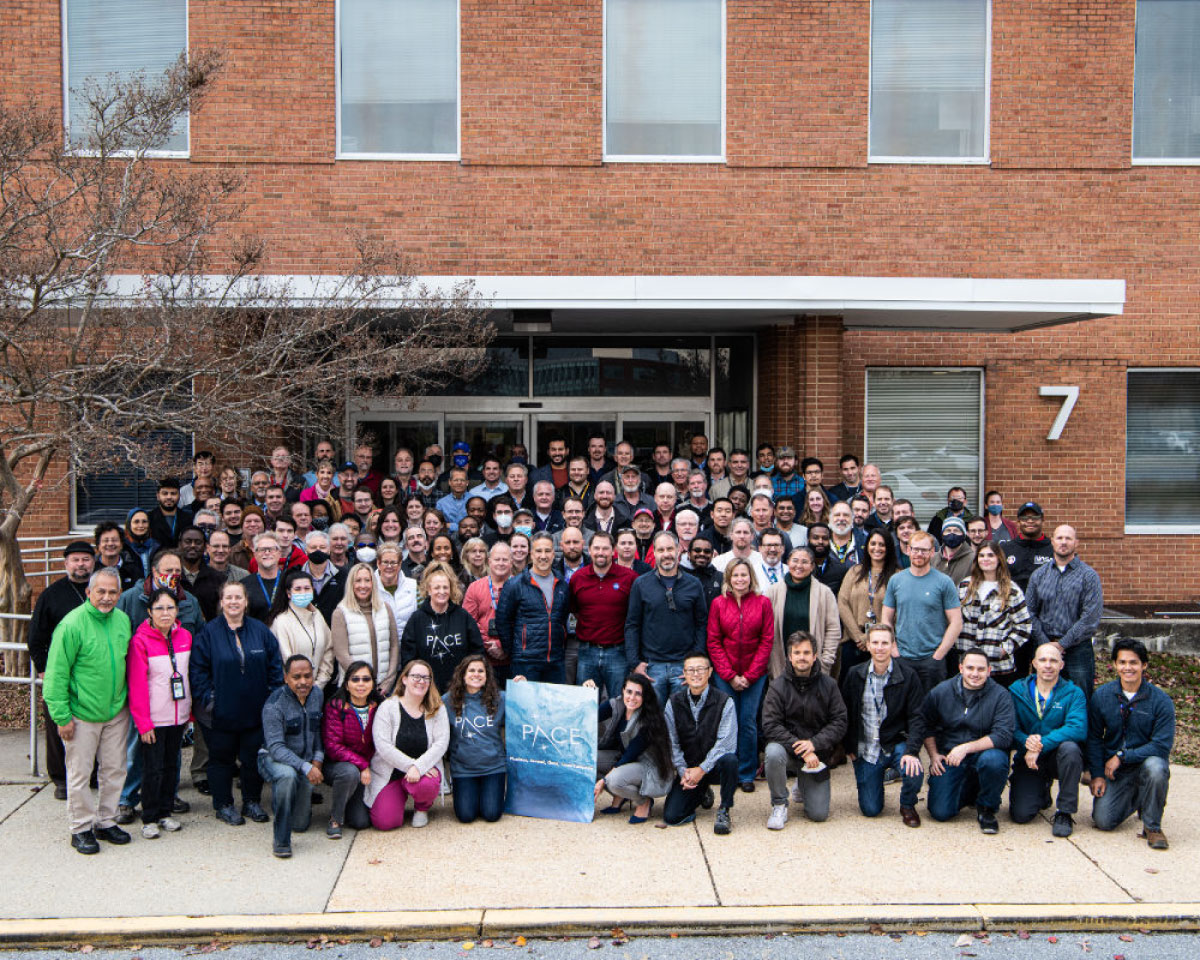 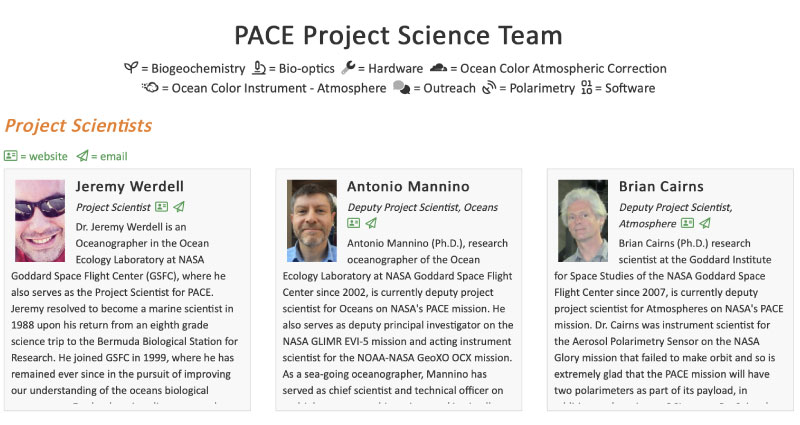 Learn more about the members of the PACE Project Team. 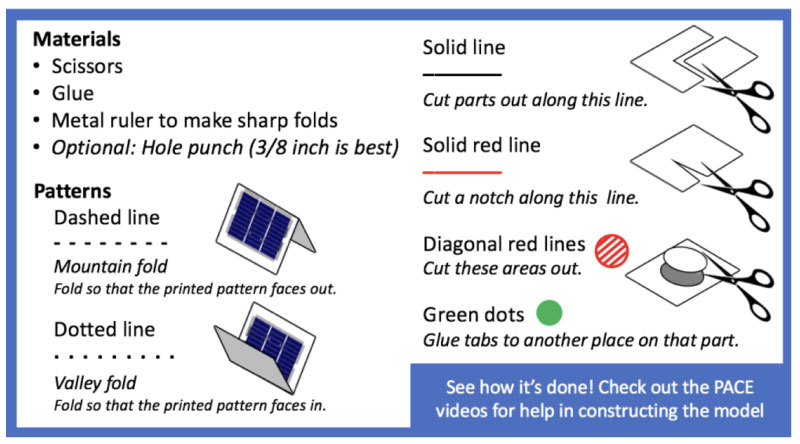 It usually takes years to build a satellite that can survive the extremes of space. This paper model replica of PACE has five parts plus an optional 'Hinge'. Just like NASA, you will create the final spacecraft model by assembling the parts together...but in a tiny fraction of the time! 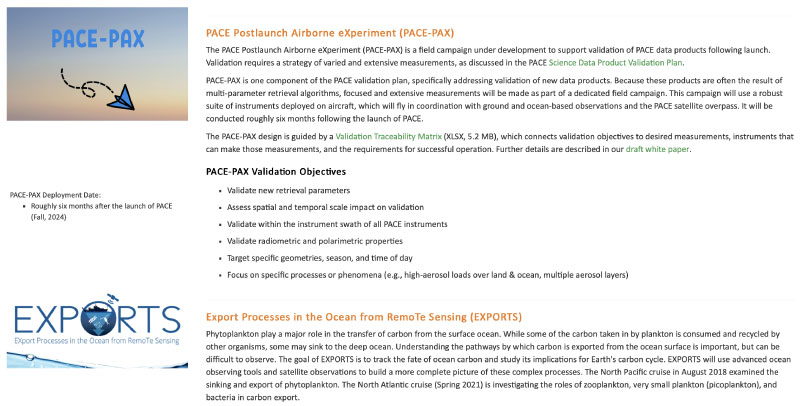 Observational studies can provide data and information that benefit PACE. Several field-based campaigns have been or will be conducted at specific locations over defined time periods, using a variety of instruments.