Albatross and sunfish. Hawaiian bobtail squid and Vibrio fischeri. Sea cucumbers and emperor shrimp. What do these ocean organisms have in common for Valentine's Day? They're in relationships, mainly symbiotic ones.

What is symbiosis? It's an interaction that takes place between two different biological organisms.

That's right - these unlikely pairings depend on each other in ways that range from healthy, glowing and protective.

In the world's largest ecosystem - the ocean - symbiosis is a regular occurrence that helps keep our planet moving.

This Valentine's Day, we break down a few of these unlikely symbiotic pairings and why they're important. 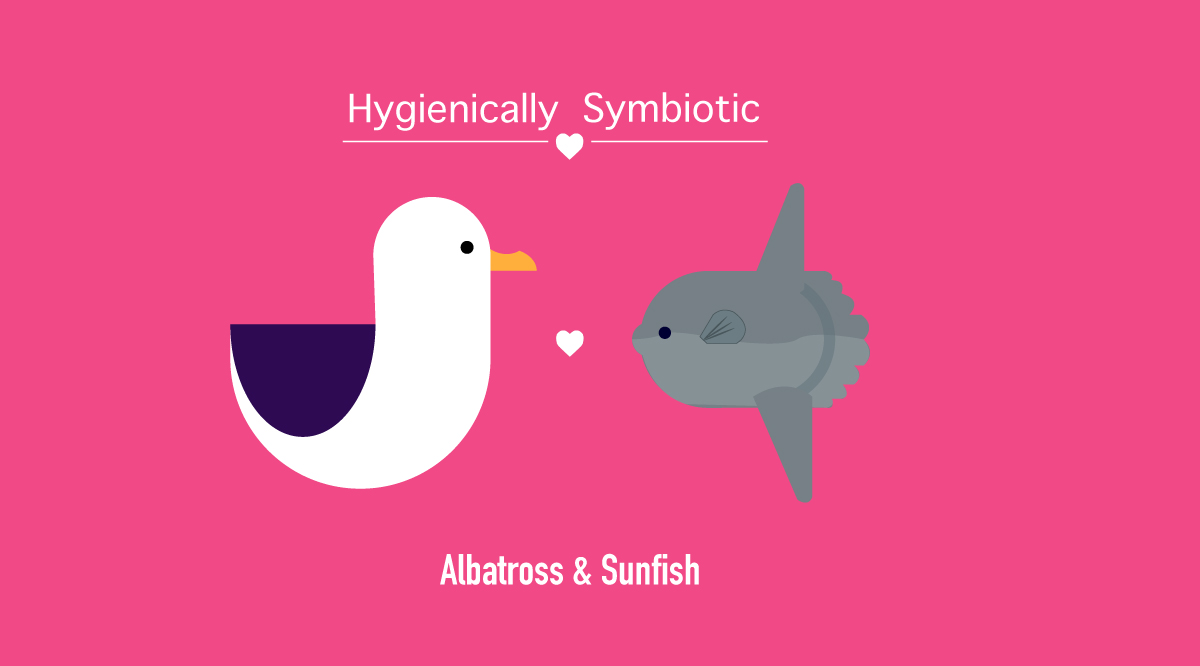 Albatrosses are birds that live near many of Earth's oceans, from the Southern Ocean to the North Pacific. Some species of this huge seabird have a wingspan that is 12 feet wide! Their "partner" is the sunfish, one of the heaviest bony fishes in the world. Adults can weigh as much as 2,200 pounds! The species is native to tropical and temperate waters around the world.

According to scientists, this heavy-hitting couple shares a hygienic relationship. Researchers have spotted sunfish following albatrosses, attempting to attract them. Once attracted, the birds clean the fish by eating the copepods - tiny parasitic shrimp - that live on them. 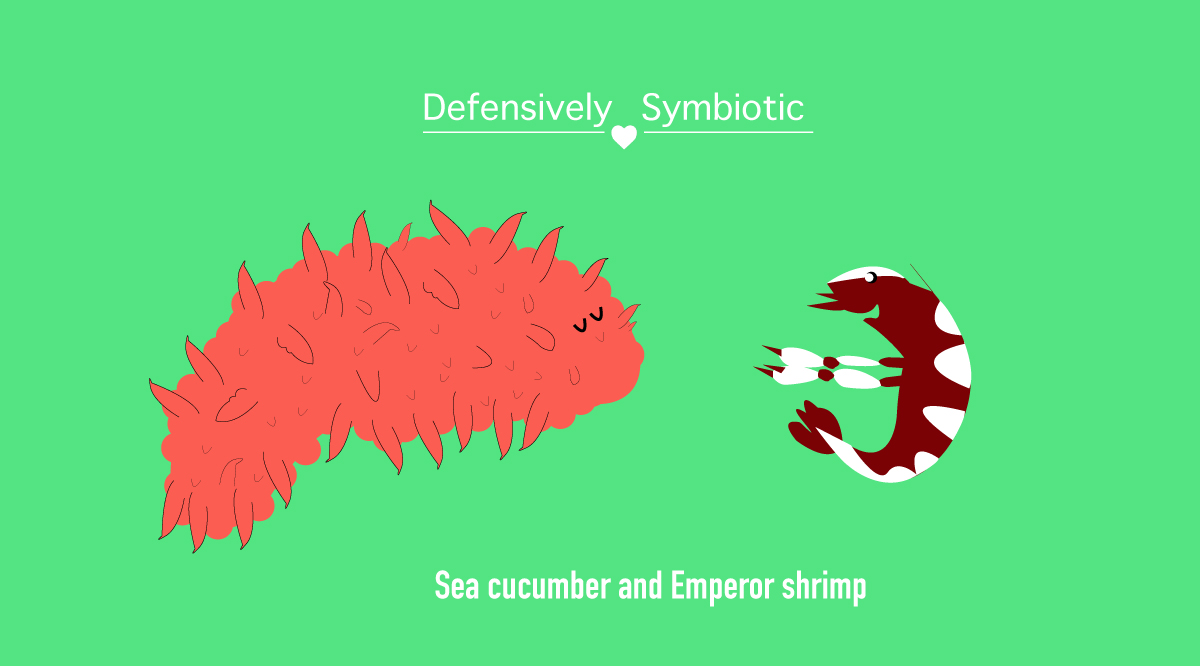 Sea cucumbers are marine animals with leathery skin and elongated bodies, commonly found on seafloors around the world. The emperor shrimp can be found in the Indo-Pacific, and they live in communities on a variety of hosts.

One might describe this pair's relationship as protective. The emperor shrimp live on the sea cucumbers' backs, where they're safe from predators and can snack on tasty parasites. This isn't a one-way relationship, though: The relationship also benefits the host, as cuke gets to offload parasites that could make it sick. 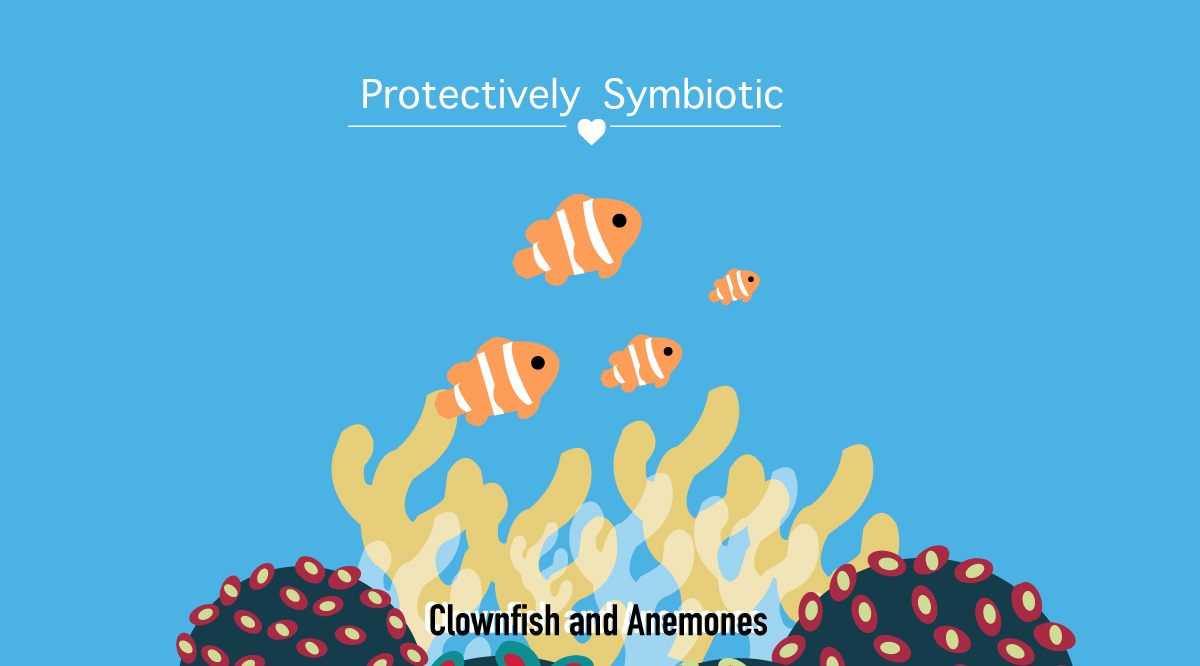 In this mutually symbiotic relationship, sea anemones are attached to the surface of coral reefs, creating a protective barrier for clownfish to swim safely. The tentacles of anemones create a stinging sensation that can kill off potential predators. 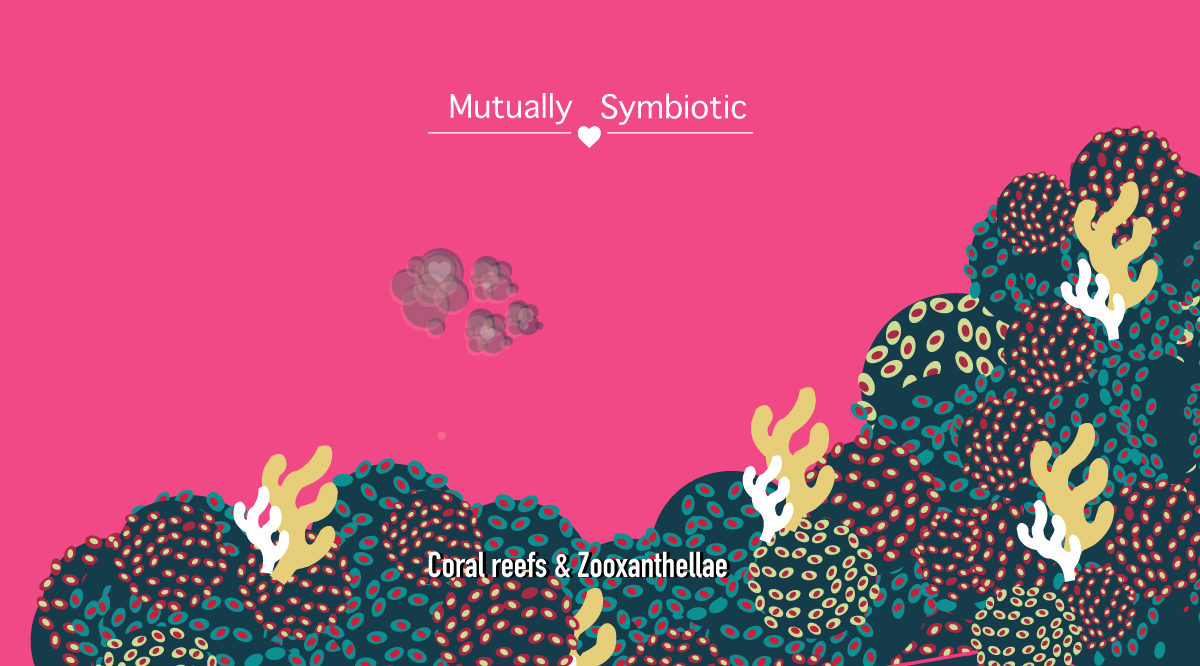 Zooxanthellae are yellowish-brown symbiotic dinoflagellates (algae) present in large numbers in the cytoplasm of many marine invertebrates. These algae have a mutually beneficial relationship with coral. While coral provides zooxanthellae with a protected environment and nutrients, in return they aid coral by providing sustenance from their photosynthesis. 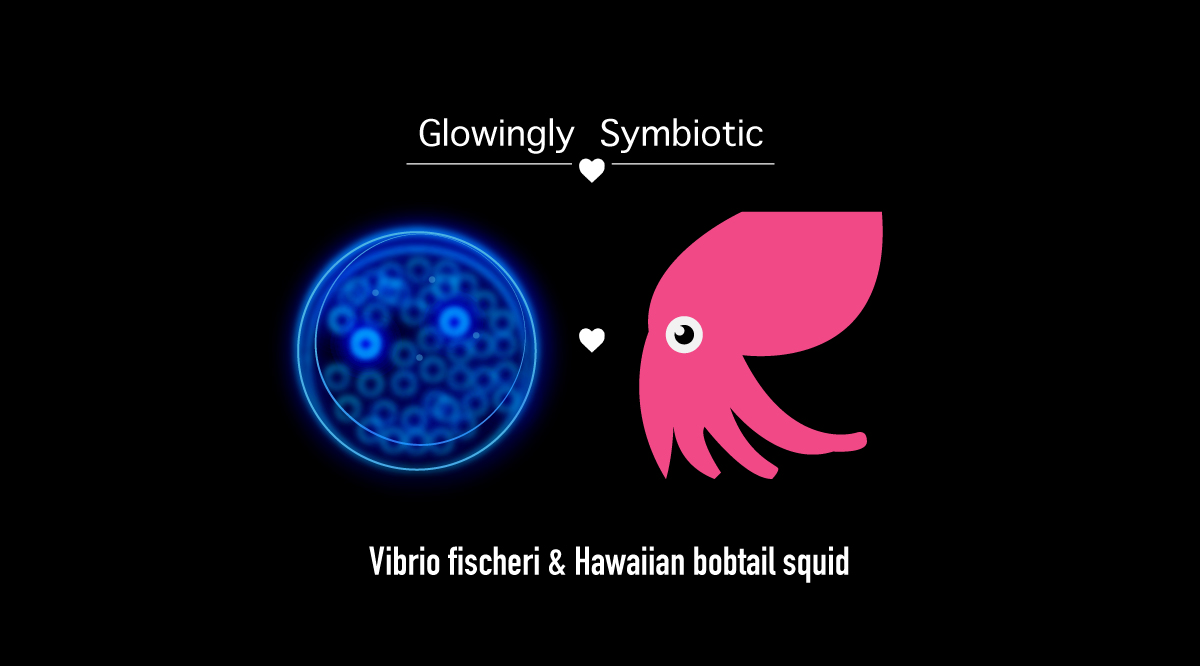 Vibrio are rod-shaped bacteria found globally in marine environments. Vibrio fischeri have bioluminescent properties, and are found in symbiosis with many marine animals. Hawaiian bobtail squid is native to the central Pacific Ocean, where it lives in shallow coastal waters off the Hawaiian Islands.

These organisms share a glowing relationship. Vibrio fischeri helps the squid regulate its internal alarm clock while providing it with a protective glow that allows it to eat.

Making the shift
Welcome to our first PACE blog!

I love you to the Moon and back {465,935 miles to be exact}! Credit: NASA Goddard/Sara Blumberg