This past month, PACE welcomed a visit from their Dutch research partners. The reason for their visit: to perform a "checkup" as well as to conduct additional calibration testing on one of the mission's multi-angle polarimeters, SPEXone. 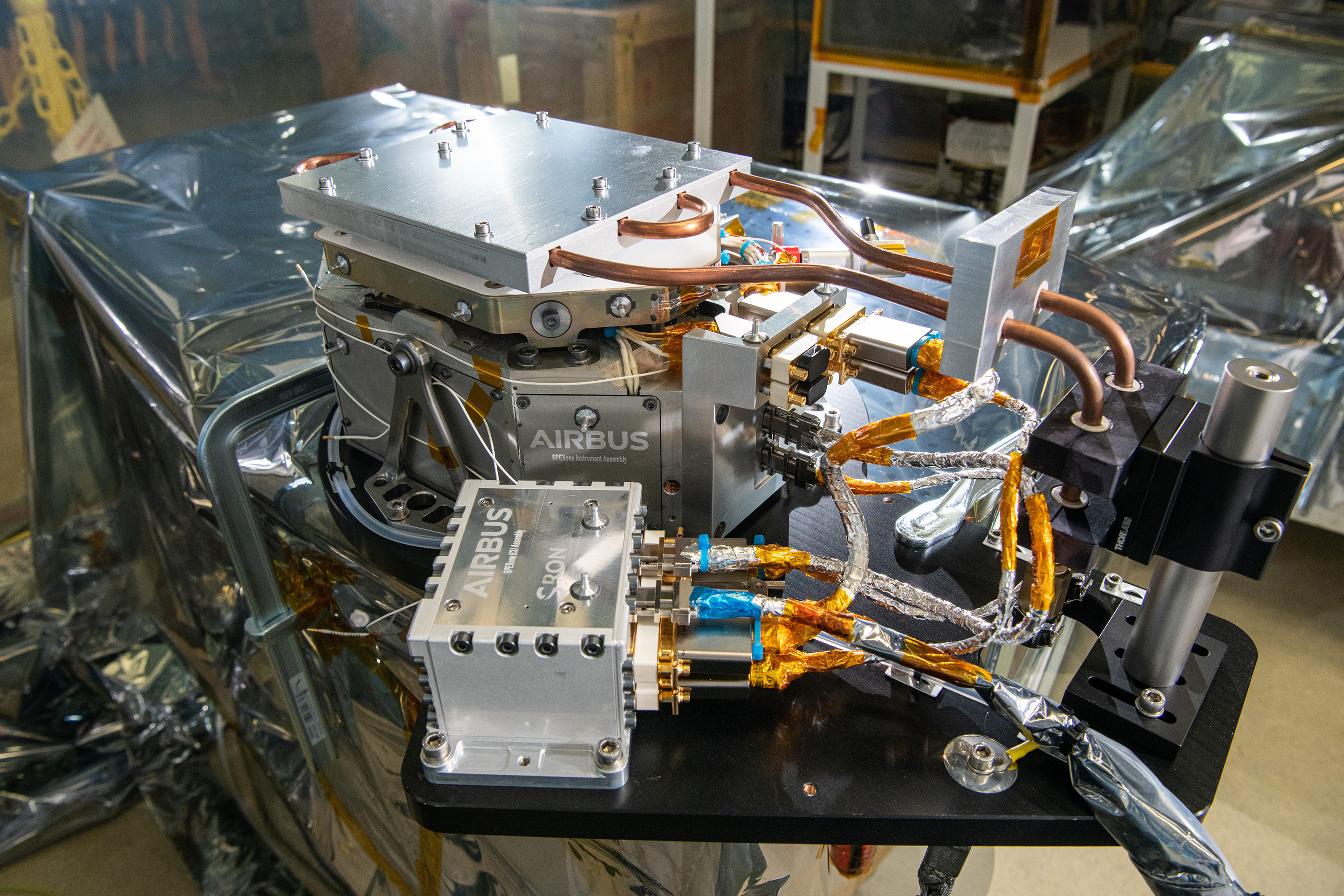 Optical instrument SPEXone, developed by SRON and Airbus DS NL and funded by Netherlands Space Office, will characterize aerosols as part of NASA's PACE mission. Photo by: Mike Guinto and Dennis Henry
PACE, which is slated to launch in January 2024, will be used to study how our ocean and atmosphere are responding to Earth's changing climate. With regards to the ocean, researchers will use it to assess ocean health by measuring the distribution of phytoplankton.

SPEXone will contribute by characterizing properties of clouds and atmospheric aerosols - small particles such as sea salt, desert dust and urban soot.

Just outside the PACE cleanroom, the SRON team set up their equipment along white tables, while evaluating and analyzing test results.

Eigenraam is a SRON engineer who helped oversee the instrument's mechanical design. He said that while calibration testing was also done last year, this visit was to give SPEXone a checkup while conducting further testing.

"Our main goal is to make sure the instrument is healthy," he said.

Calibration is the process used to achieve and maintain an instrument's accuracy, while performance testing verifies the readings of an instrument to ensure they fall within a predetermined specification.

Campo, an instrument scientist who has overseen SPEXone's calibration testing, said the process is essential for ensuring data can be interpreted accurately.

"The calibration campaigns at SRON and at Goddard have strongly benefited the performance of the instrument," Campo said.

Rietjens, SRON's performance lead, said that despite the occasional set-back, they were very pleased with SPEXone's progress from the beginning until now. 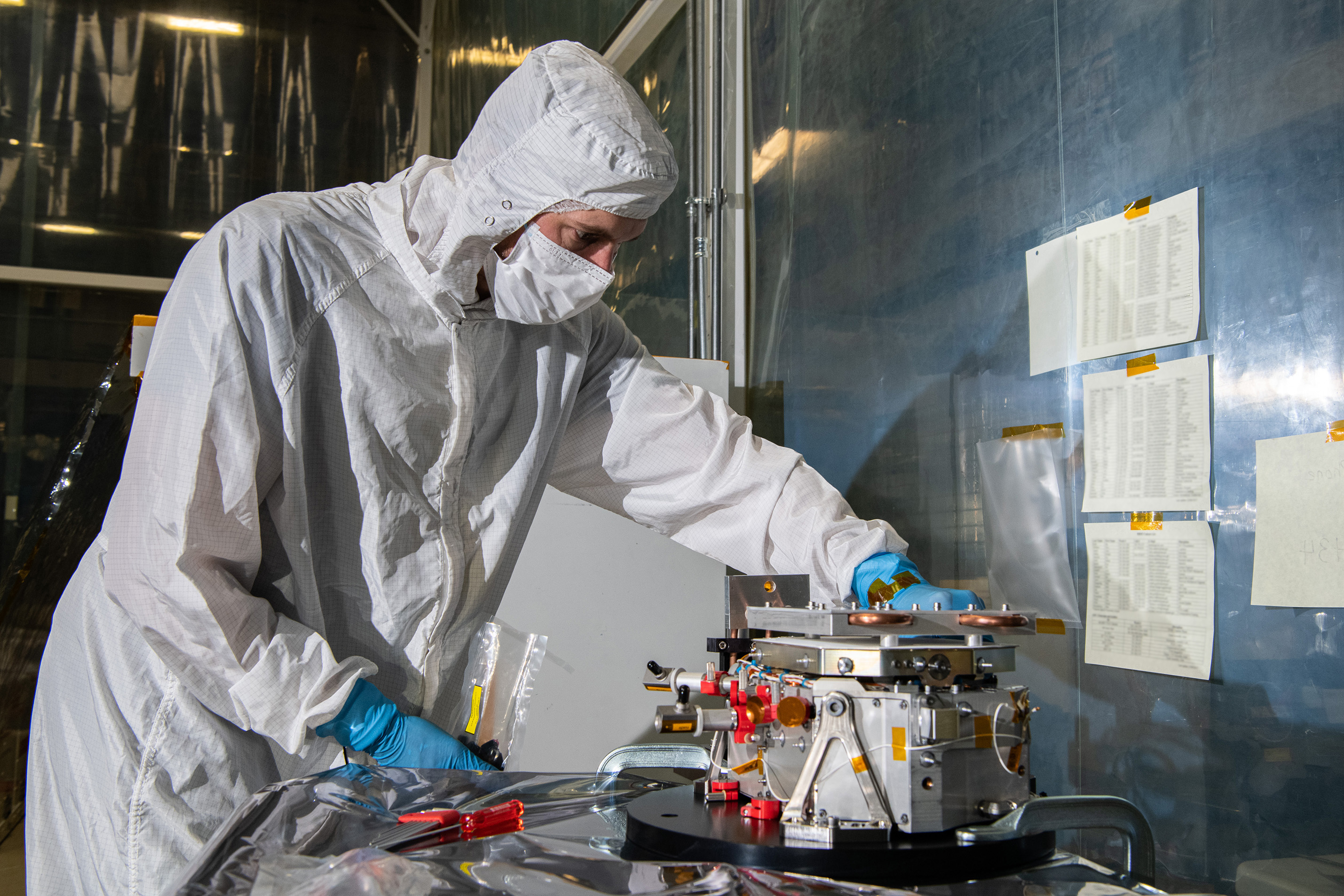 Researchers test SPEXone in the clean room. SRON and Airbus DS NL are responsible for the design, manufacturing and testing of the instrument Photo by: Mike Guinto and Dennis Henry
"In the early days the challenge was designing an instrument that could be made to provide the required data quality within the time and budget of the project," he said. "Realizing and testing the instrument has been an equally fun and challenging experience."

Construction of PACE could not be possible without its research partners. SPEXone was built in the Netherlands in partnership with Airbus Defence and Space Netherlands (DS NL) and the SRON Netherlands Institute for Space Research. The instrument successfully made its way to Goddard back in March 2021 after months of strategizing due to restrictions from COVID-19.

SRON members are excited about what PACE will do after its launch.

"The coolest thing it will do is improve climate models. I believe my work is contributing to a better world," Eigenraam said.

PACE's other polarimeter, HARP2, which is being built by the University of Maryland Baltimore County, will officially be delivered in May.


SPEXone is a compact, optical satellite instrument that will characterize aerosols from low Earth orbit as part of the NASA PACE mission. SPEXone has been developed by a Dutch consortium consisting of SRON Netherlands Institute for Space Research and Airbus DS NL, supported by opto-mechanical expertise from TNO. SRON and Airbus DS NL are responsible for the design, manufacturing and testing of the instrument. The scientific lead is in the hands of SRON. SPEXone is a public-private initiative, funded by the Netherlands Space Office (NSO), the Netherlands Organization of Scientific Research (NWO), SRON and Airbus DS NL.
« Previous | Next » 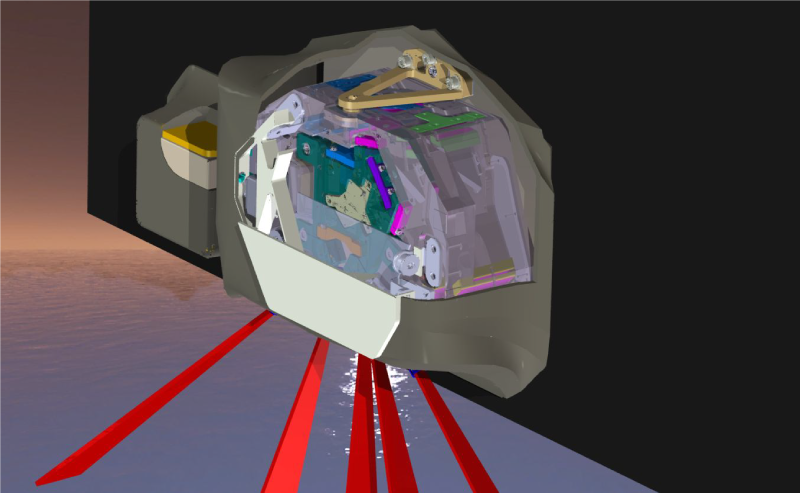 Learn more about the SPEXone polarimeter. 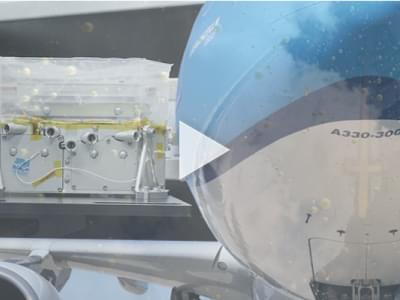 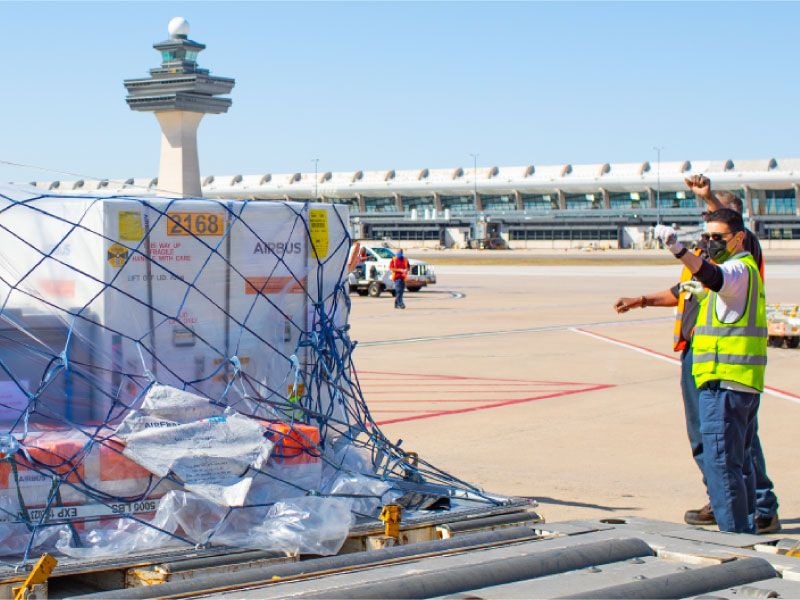 From the Netherlands to Maryland: SPEXone comes to Goddard. Click on the image to learn more.